The difference between different types of plate rolling machine

There are several kinds of common plate rolling machine, their function is to roll the plate, so what is the difference? In order to let you understand the structure and different types of rolling machine in more detail, follow us to have a look.

W11 series: W11 is the unified prefix of most three-roll rolling machine manufacturers. The main structure of the three-roll machine is composed of three rollers, the upper roller is responsible for the shaping of the rolling plate, and the lower two rollers assist in supporting and controlling the movement of the steel plate (Figure 1). 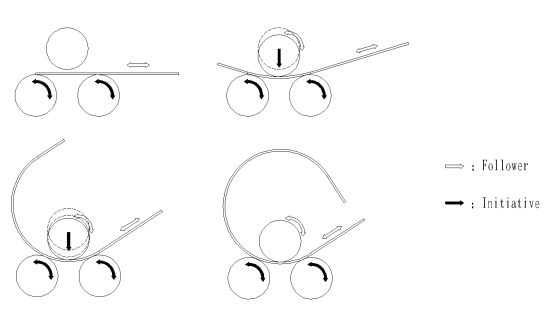 W11: Mechanical, the upper roller moves up and down through the gear drive.

W11S: Hydraulic type, the upper roller moves up and down through the oil cylinder control

W11H: The three working rollers of the machine are the main driving rollers. Can control the roll movement

W12: W12 is the model of four-roll plate rolling machine, also known as symmetrical plate rolling machine. The upper roller acts on the piston through the hydraulic oil in the hydraulic cylinder at the symmetric position in the center of the two lower rollers for vertical lifting movement. The final gear of the main reducer drives the two lower roller gear to rotate cooperatively and provide torque for the rolling sheet. Machine specification flat plastic sheet metal by three root work roll bending roll (two roller, a roller), with the help of the roller press and roller rotary motion, make the metal plate after multichannel continuous bending (lining compression deformation and middle, outer tensile deformation), permanent plastic deformation, roll made need cylinders, cones or part of them. The disadvantage of the hydraulic three-roll plate winding machine is that the plate end needs to be pre-bent with the help of other equipment. The plate rolling machine is suitable for the large plate rolling machine with the thickness of the plate more than 50mm. The lower part of the two rolls is added with a row of fixed roller, which shortens the span of the two rolls, so as to improve the precision of the rolling workpiece and the overall performance of the machine.

The most significant difference between several models is the treatment of the straight edge at both ends of the plate. The reserved straight edge of the three-roll plate rolling machine is longer. 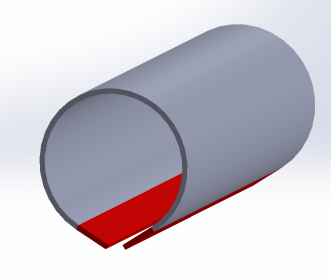 The red part is the dead edge after the three rolls are rolled. As the straight section cannot be spliced into a circle, it will generally be cut off after the round is rolled, which is a waste of materials. So most of the time we're going to pre-bend to minimize the dead edge length. And the four-roll circle because of the control of roller spacing to shorten the distance.